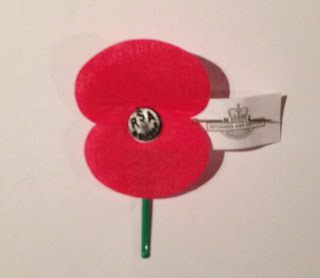 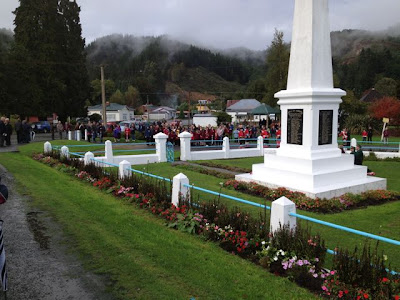 As the culminating activity for the art unit on New Zealand birds (see our 'Cheeky Keas' and 'Perky Pukekos') the children made birds from dough, which were then
baked and painted.
Here are some of the 'practice' birds: 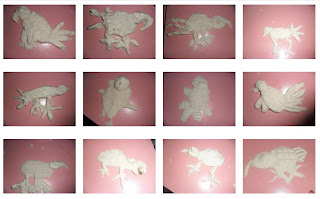 and the completed birds:

What do you think of our birds?
Have you ever made art from dough?
Posted by B4 at 8:36 PM 2 comments:

Last week we did a mystery skype.
Mrs McKenzie first learned about mystery skpe calls from our friend in California, Mrs Yollis.

In a Mystery Skype call we have to find out the location of the other callers, hopefully before they guess where we are!
Before the call we prepared some questions to eliminate or confirm some areas of the world.
The questions had to be closed questions - the answers could only be YES or NO. 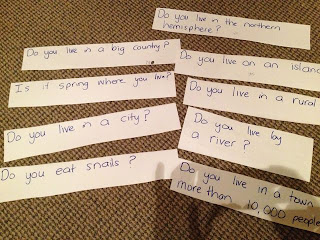 Everyone had a job to do.
The SPEAKERS asked and answered the questions.

Other students used the CAMERAS. 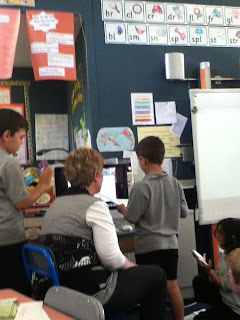 The ATLAS people were busy using the answers to the questions we asked.
They had to eliminate or suggest locations. 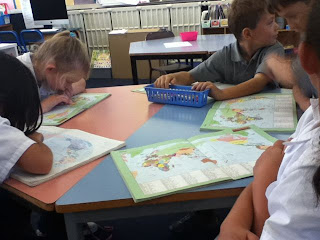 The HELPERS took suggestions from the ATLAS people to the SPEAKERS.

The other class guessed first that we lived in New Zealand,
but WE were the first to guess the actual location of the callers.
They were from Miss Panther's class in Greymouth, only 80km away from us!

We've been visiting with Harold this week,
in his Life Education mobile classroom. 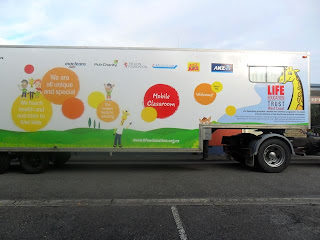 The middle part is orange,
and covers foods that come from animals.
(Some of our food each day could come from this group).

The small tip of the triangle is red,
for foods that have ingredients, particularly salt, sugar and fat.
(Very little of our food should come from this group). 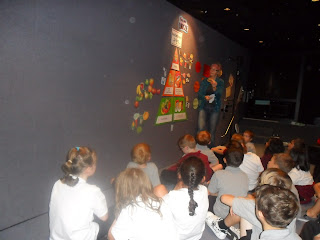 What have you learned from Harold's classroom?
Does Harold come to your school?
Posted by B4 at 8:09 AM 8 comments:

Our World, Our Numbers: Topic 5 - Animals

The 5th topic on the Our World, Our Numbers project
is all about animals.

We enjoyed learning about Canadian animals from
Mrs Watson's K/1/2/3 class
and about kelp forests from Mrs Yollis' class.

We've put up a post about two of our iconic
New Zealand animals.

The kiwi is a bird native to New Zealand. It is a flightless, nocturnal bird.
What does nocturnal mean?

One of the nicknames for people from New Zealand is ‘kiwi’!
Five species of kiwi are found in New Zealand, but all are endangered due to predators such as ferrets, rats and cats and dogs.This is because kiwis live on the forest floor.

Did you know that kiwis can not fly?

We have some number facts about the kiwi:

In the wild kiwis can live for up to 20 years.

The kiwi has a long beak and amazingly the nostrils are at the very tip! That’s a very useful adaptation as the kiwi probes in the forest floor for grubs, insects, earthworms and other food.

The kiwi’s beak is about 1/3 the length of its body.
If the bird’s body was 36 cm long how long would the beak be?

The kiwi weighs about 3kg.
How many pounds would that be?

The kiwi is about 45cm tall.
How many inches would that be?

Another special animal native to New Zealand is the tuatara.
The tuatara is an ancient type of reptile.

Read the links about tuatuaras here and here then head over to Our World, Our Numbers and leave us a comment with a number fact that you found out about tuataras!
Posted by B4 at 5:51 PM 1 comment: