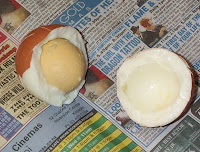 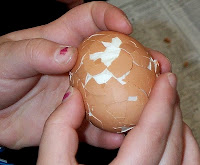 We lightly cracked the egg and imagined that the cracked pieces were the tectonic plates of the Earth. We moved them a little, and pushed some bits under other bits. It helped us to visualise how earthquakes happen.
Can you name any of the tectonic plates?